European Bike Tours designs and operates cycling tours in France, the Netherlands, Belgium, Italy, Spain , and the UK. Our dedicated local experts are specialists in organising self-guided cycling tours. We have local offices in the countries where we operate and our experienced team is always ready to answer your questions.

When you book a trip on European Bike Tours, your cycling holiday will be operated by the local office and all correspondence will be directly with our local experts on site.

We didn't know where our wild plans would take us. We had many ideas, hardly any money, and certainly no detailed business plan. We were a bunch of friends with shared passions and loads of energy. We wanted to organize excursions, for outdoor lovers, to Europe’s most beautiful and unknown places, to enjoy the planet’s nature. We would name and explain the natural world around us and were convinced that spreading knowledge would automatically lead to nature conservation. It was at that moment that a new kind of 'slow’ travel was born. Over the next 35 years we would grow into the S-Cape Travel Group that still has the same spirit in its DNA and only want to go for the best for her travellers. 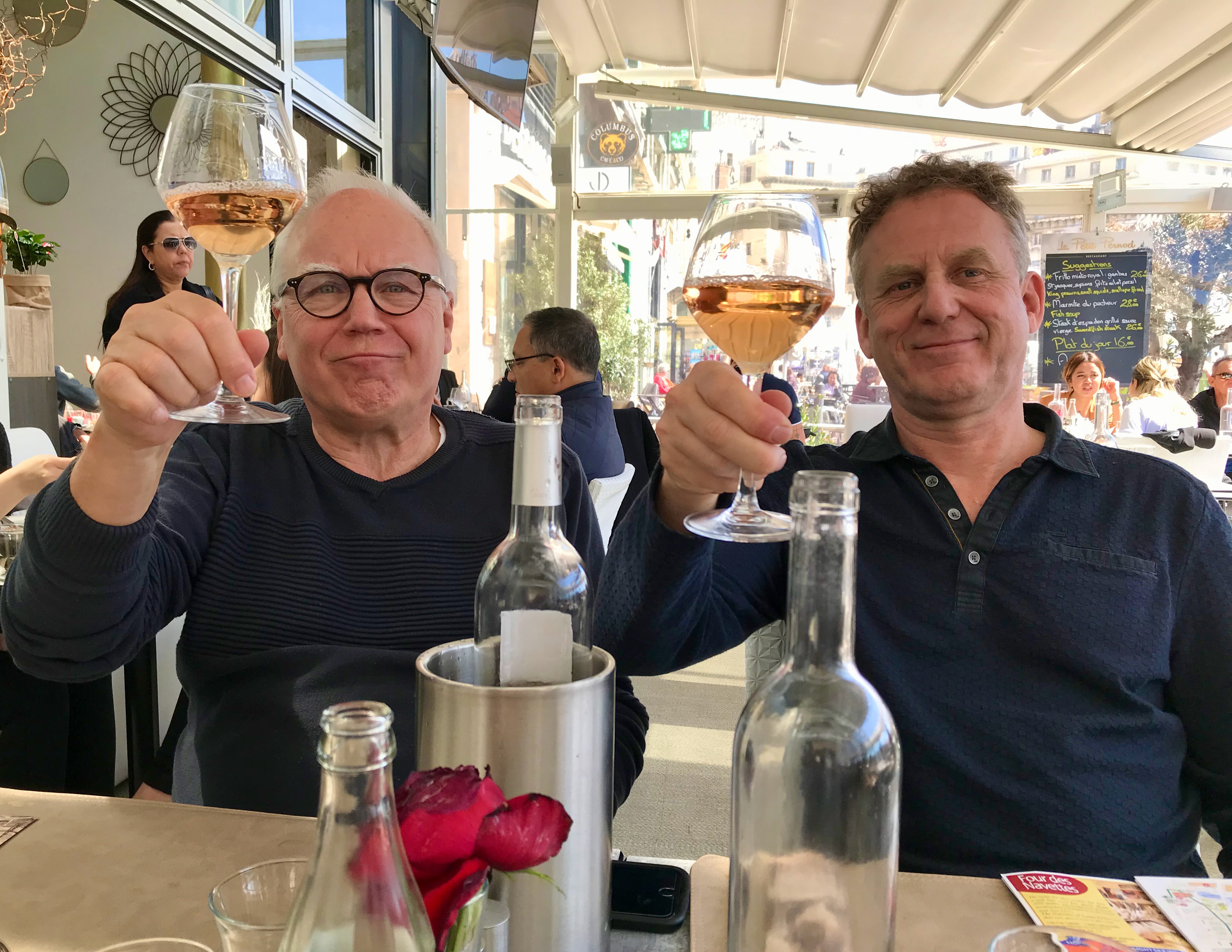 Where the tar road ends, our journeys begin' was the clear slogan with which we, Toine de Jong and Gert Nieuwboer, about 35 years ago, passionately pressed the accelerator.As young biologists, we wanted to speed up our newly founded company SNP. In the exciting years that followed, we became the largest touroperator of active and adventure travel in the Netherlands. Of course, we were proud of the 'awards' we received, but deep in our hearts, most gilded by the many enthusiastic reactions from the people who joined us during the numerous unforgettable travels.

Pioneers of individual walking tours
During all those years hundreds of our well-trained tour guides led the young and old ones along steep Irish cliff coasts, over picturesque Tuscan rolling hills, to high mountain peaks in the French Ecrins or elsewhere… On foot to the next mountain hut, a tented camp, a luxury lodge or a cozy family hotel. En route enjoying the interplay of nature, people, and traditions. Slowly the European backyard was opening and became more and more accessible. Many of our customers preferring to do a private tour with their own partner, family, or friends. For them we provided the necessary information, transfers, places to stay, luggage transport..., As pioneers of the 'self-guided' concept we were ensured of an unprecedented growth of our company.

S-cape: An extraordinairy network
At the turn of the century, we start to explore the outdoors also by bicycle and set up our first satellite companies in Italy and Spain. With 'think global, act local' in our mind, we became real 'partners in travel', with a local director always as co-owner. Tullia, Maria and Frank were our first fine and knowledgeable colleagues. In 2008 we choose for the name S-Cape, meant as a wake-up call for everyone who wanted to slow down for a moment, leaving modern haste and bustle behind and do a relaxing trip with us. It became clear we did the right thing and continue building S-Cape. In the years that followed we welcomed Hetty, Arjan and Mark as new partners within our ranks.

Traveling is in our nature
We experienced a lot of changes during the last decades, and not only in IT, marketing, and social media. So is getting lost during a trip almost over, to be unreachable also and at this moment almost every remote place in the world became recorded in pixels. Also, the travel world was flourishing until Covid was there…

We had to make a step-in place, reorganizing ourselves, and reflect about the future. But despite this global reset, we're not done yet! Our mission for the coming years will be expanding our company to other countries, because we strong believe in what we’re doing: delivering unforgettable travels designed and developed by our local experts and trying to leave as small a footprint as possible in this beautiful natural world we visit.

Today, S-Cape is a group of 45 dedicated local travel specialists working for the following brands: